The first written mention of Crowcombe was in 854, in a document of King Ethelwulf who was father of Alfred the Great, where it was spelt ‘Cerawicombe’. Fifty years later some land at ‘Crawncombe’ was granted to Alfred’s son, King Edward the Elder, and appears to have remained in the possession of the Saxon kings, It probably passed to the Earl Godwin and then on to his death to his widow Gytha. Gytha granted the estate to Winchester to atone for her husband’s sins. The Doomsday Book of 1086 gives the name as ‘Crawcombe’, and the manor as being held by Robert of Mortain.

In the 13th century the manor was given the right to hold a market(1227) and the first recorded fair was held in 1234. It was not long after this that the manor was split when part of the estate was willed to the Prioress of Studley, and was held by the Priory until the time of the dissolution 1534. The other half remain in the family and was known as Crowcombe-Biccombe, it was this half that came into the ownership of the Carews.

see what our customers say about us 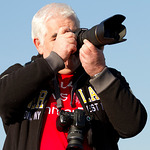 lovely place and well looked after